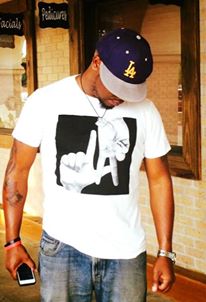 Spoken word poet, performer and podcaster, Jason Abbitt, known on the Los Angeles and Houston poetry scene as Sincere529, wrote his first poem at the age of nineteen and shared it at his father’s funeral. This self-described smooth storyteller was initially inspired to write after viewing the romantic classic Love Jones. Thumbing through old journals in his late twenties gave him a great deal of the inspiration for the poetry he writes today. Sincere and 529 being J-A-Y on a phone keypad and short for Jason, pays homage to two of his favorite lyricists, NAS and Jay-Z. Working as a DJ and MC for events and weddings throughout Los Angeles has made the stage feel like a second home for Sincere529.

To really understand what type of poet Sincere529 is, it is best to catch him on the stage where his performance is much more than a mere recitation of a poem. Jason speaks, moves, acts and interacts with the crowd in a way that draws them into a journey they had no idea they would take. The crown jewel of his poetry repertoire, “Pandora”, is an 8 part masterpiece based on his dating adventures in his early twenties which he recites purely from memory. Sincere529 is a modern day griot taking from current events, headlines, his own experiences and his world view to weave elaborate tales that stand alone and stand out in the creative way he can make multiple pieces tell a story.

Sincere529 is also 1/2 of the popular podcast Drunk Podding 420, #DP420.  He and his co-host Shun for Short share drinks while discussing the topic of the day and anything that comes to mind.  Sincere’s knack for story telling and captivating an audience is evident on this podcast as is his penchant for random facts and useless knowledge.

California born and bred Sincere529 can be found sharing one of his stories on a stage in Houston and you can tune in to I’ll Drink To That wherever you listen to podcasts.